The Wyoming County Chamber of Commerce recently had the pleasure of welcoming U.S. Congressman Fred Keller back to Shadowbrook Resort in Tunkhannock. Rep. Keller addressed a round table of business leaders and local elected officials, taking questions on a variety of topics and offering a federal perspective.

Many took the opportunity to thank Rep. Keller for his assistance and commitment in the wake of redistricting of the PA Congressional map that vanquished the 12th District and effectively left him without a seat as of next year. Subsequently, he assured those in attendance that he is taking his final nine months in office as seriously as the time that he has already invested. “I am in office until
January 3, 2023,” he maintained. “We are all still working and doing what we need to do.”

As for what he might do in the future, Rep. Keller said that he plans to keep up the friendships that he has made over the years and help in any way that he can. “I think there are things that we can work on outside of politics that can still effect public policy,” he stated.

Fred – that’s what he asked us to call him – expressed concerns about the latest federal budget released by the president, fearing that it will dramatically increase the national debt. “We don’t have a revenue problem with government,” he offered. “We have a spending problem.”

Rep. Keller cited the Choice Act and the Skills Act as two pieces of current legislation that are geared toward getting people the educations and abilities, they need to return to the job market. The Choice Act reduces the number of hours of instruction needed for someone to use a Pell Grant, and the Skills Act will help connect people with high-priority occupations.

Fred expressed his support for pipeline construction to show the world that we are taking our energy independence seriously and his disapproval of adding more ethanol to vehicle fuel, as well as the taxing of businesses as they are being passed to the next generation, and a single care health system that robs people of choices.

Bill desRosiers of Coterra Energy questioned the recent commitment of the federal government in fast-tracking the permits for LNG (liquefied natural gas) to get more fuel to our allies in Europe without the infrastructure to get the gas there and with plans for an LNG plant in Wyalusing now in limbo.

Rep. Keller repeated a sentiment expressed just one day earlier by visiting Sen. Pat Toomey about the state of New York effectively blocking pipeline construction that would get natural gas to market in New England. “We don’t think that states should be able to hold up the pipeline,” he asserted. “That’s interstate commerce. That’s the responsibility of the federal government.”

Natural gas is also used to make fertilizer, the cost of which is expected to more than double this year. Bill noted that there are no fertilizer plants in or near Pennsylvania, despite agriculture being the Commonwealth’s top economic driver. Even though it would take several years to get such a facility online, Fred agreed that it just makes sense to produce fertilizer closer to the source of the necessary raw materials and where it is already needed.

Mike Hopkins, president and CEO of Children’s Service Center and Robinson Counseling Center in Tunkhannock, spoke of the benefits of telehealth services that became the norm during the pandemic and still hold great promise. Cancellation rates have reduced by more than 30%, telehealth allows for mental health services without the client’s need to take time off work and commute to a doctor’s office, saving the client time and money.

“People can be seen by someone in another state,” Mike related. Another upside, he noted, is that it is often difficult to get qualified professionals to relocated to rural areas, and there is a shortage of workers. Nonetheless, Mike maintained, “It’s got the be ‘best practice.’ You need a safety net if somebody needs to be seen face-to-face.”

A deficit of available employees was expressed across the board, with Jose de los Rios suggesting that there are 100 openings at Procter & Gamble in Mehoopany Township at any given time. He attends as many career fairs and high schools as possible to spread awareness of the possibilities there. “If you are looking for work, Wyoming County has a lot of opportunities,” Jose remarked.

We appreciate the people who took the time out of their busy days to enjoy a good meal at Shadowbrook and the opportunity to talk with Fred again while he still has our backs. 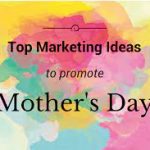 Next:
27 Ideas to Celebrate Mother’s Day at Your Business